How do you travel?
The Cathedral of Santa María in Tui is located on a hill with spectacular views over the river and the Portuguese border town of Valença

Tui is home to one of the five dioceses in Galicia. Due to the key role that this town played in the history of the northwest of the Iberian Peninsula, it now has a rich architectural and cultural heritage, among which the Cathedral of Santa María stands out, since it is the greatest exponent of its artistic richness.

The town of Tui has been the gateway to Galicia for thousands of pilgrims heading to Santiago de Compostela through the Portuguese Way and the Portuguese Coastal Way. Starting from Portugal, they cross the international bridge to continue their journey across the province of Pontevedra.

The building of the only cathedral in As Rías Baixas started after the tumultuous period of the Saracen and Normand invasions in the region, and its construction works lasted from 1120 to 1180. It is located on a privileged spot, on the top of a rocky hill that dominates the impressive historical site of Tui. In fact, from the Tower of Soutomaior and its gardens it is possible to enjoy breathtaking views over the Miño River and the Portuguese town of Valença. 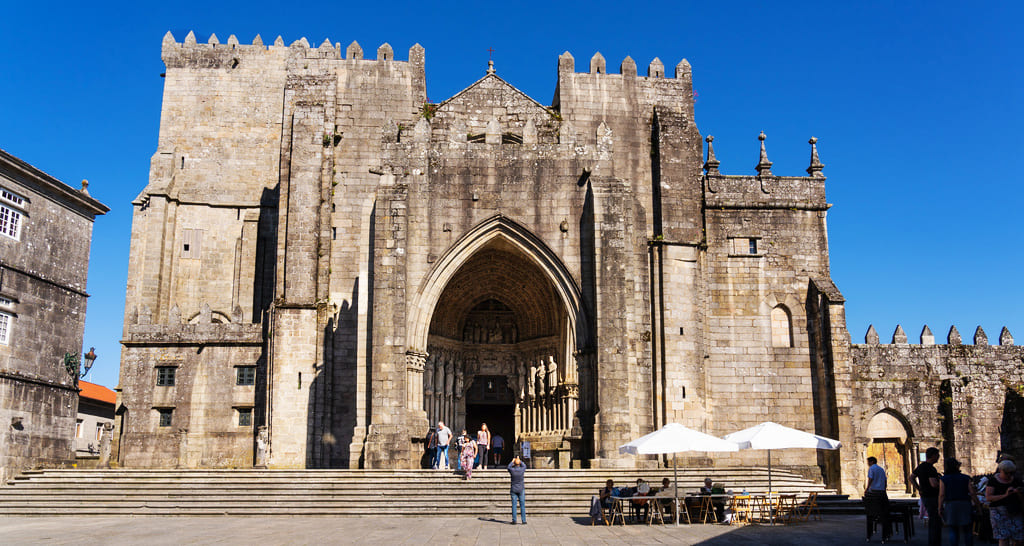 The crenellated towers at both ends, which give the Cathedral a defensive appearance, its unique combination of architectural styles and the harmony of its Gothic cloister, made it possible for the Cathedral to be declared Site of Cultural Interest in 1931.

Its Latin cross plan is mainly Romanesque, but the building was renovated on several occasions, and under the patronage of King Fernando II some Gothic elements were added. Its Western façade, dated from 1225, is considered the first Gothic work of art in the Iberian Peninsula. 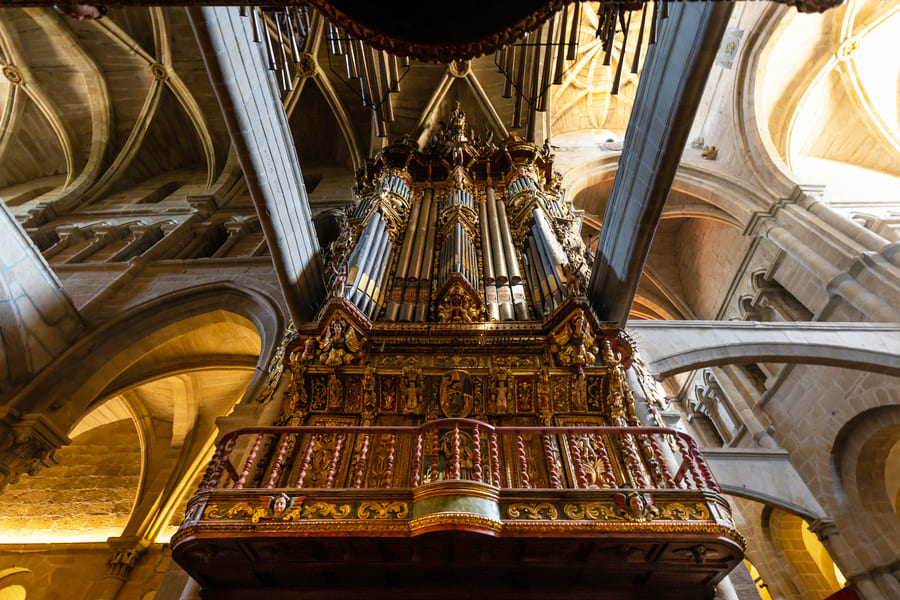 In the nave, two enormous Baroque organs of the 18th century, made by Domingo Rodríguez de Pazos, stand out. The frames, which are reminiscent of a ship’s hull, are richly decorated and each of them is topped by a sculpture of the saint to which they are dedicated: Saint Telmo and Saint James.

The inside of the Cathedral has many historical and cultural noteworthy elements. First, the altarpiece of A Expectación, but also the altar with a reliquary of the Chapel of As Reliquias, the Chapel of O Santísimo and the marvellous cloister, the only one of all Galician cathedrals built in the Gothic style.

The choir of the Cathedral was located in the nave until 1954, when it was moved to the main chapel. This piece was made by Francisco Castro Canseco in 1699. 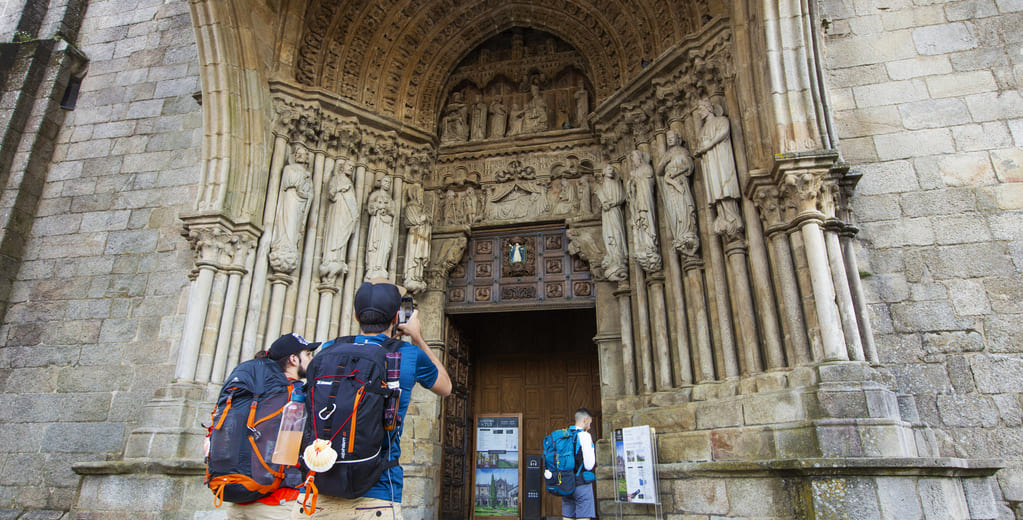 The cloister, a space of great beauty and architectural harmony, is especially worthy of attention when visiting the Cathedral. It was built in the first half of the 13th century in the Cistercian Gothic style, perhaps inspired by the neighbouring Monastery of Santa María de Oia.

Several pieces found in archaeological excavations and in the old Romanesque choir, medieval sarcophagi, Visigothic gravestones and old grilles of the Cathedral are exhibited in the cloister. This beautiful and luminous space, a heaven of calm, leads to a small garden that serves as a balcony overlooking the Miño River. 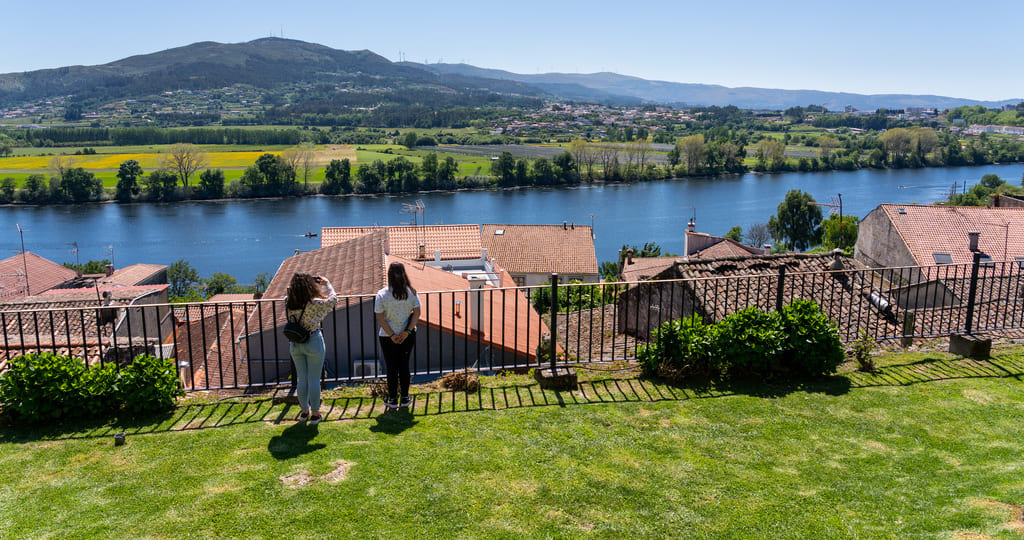 The museum is located inside the Chapel of Santa Catarina. The origin of the Cathedral Museum is the Cathedral treasure, comprised of liturgical objects, such as processional sceptres, chalices, sacred vestments, and many statues. Some remarkable pieces include the custodia (a type of tower-shaped monstrance) of the seat, made by the goldsmith Juan de Nápoles Mudarra in 1602, a late-14th-century polychrome wooden statue of the Virgin and Child known as A Patroa, a 15th-century coconut ciborium, and a fragment of the original main altarpiece carved in limestone, dating back to 1520. 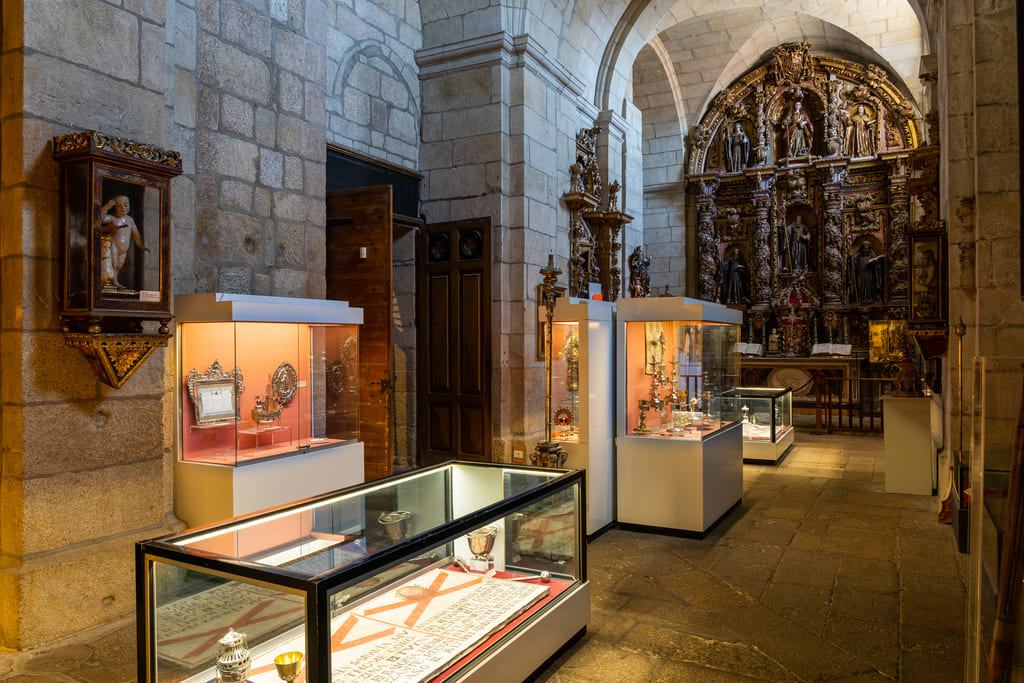 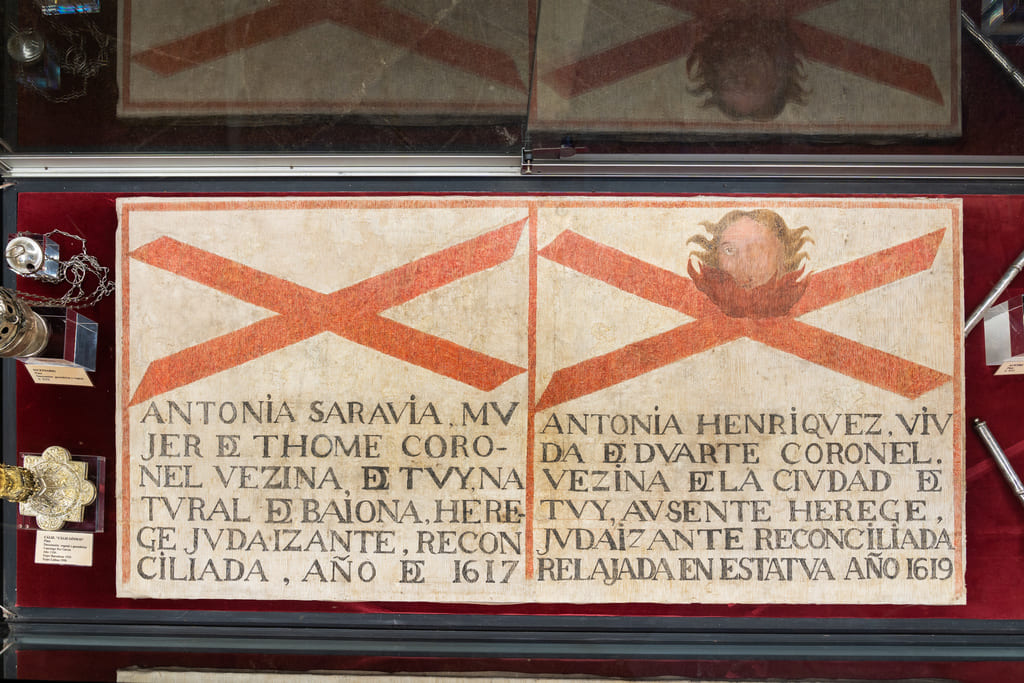 The Diocesan Museum is also home to the only sanbenitos preserved in Spain, penitential garments used during the times of the Spanish Inquisition. These valuable historical pieces, which have been restored and are now displayed on a wall, belonged to specific people, heretics, prosecuted by the Tribunal of the Inquisition (17th century).