The natural landscape of the rivers in As Rías Baixas, apart from its beauty, boasts a great biological, historical, ethnological and gastronomic richness. In addition, it is the habitat of freshwater species such as baby eel, trout, salmon or lamprey.

The lamprey goes up the Miño River from the Atlantic Ocean to spawn and die. The town of Arbo is the historical capital of this delicacy, and the pesqueiras , the traditional stone constructions used for catching the lamprey, are unique elements of the landscape. 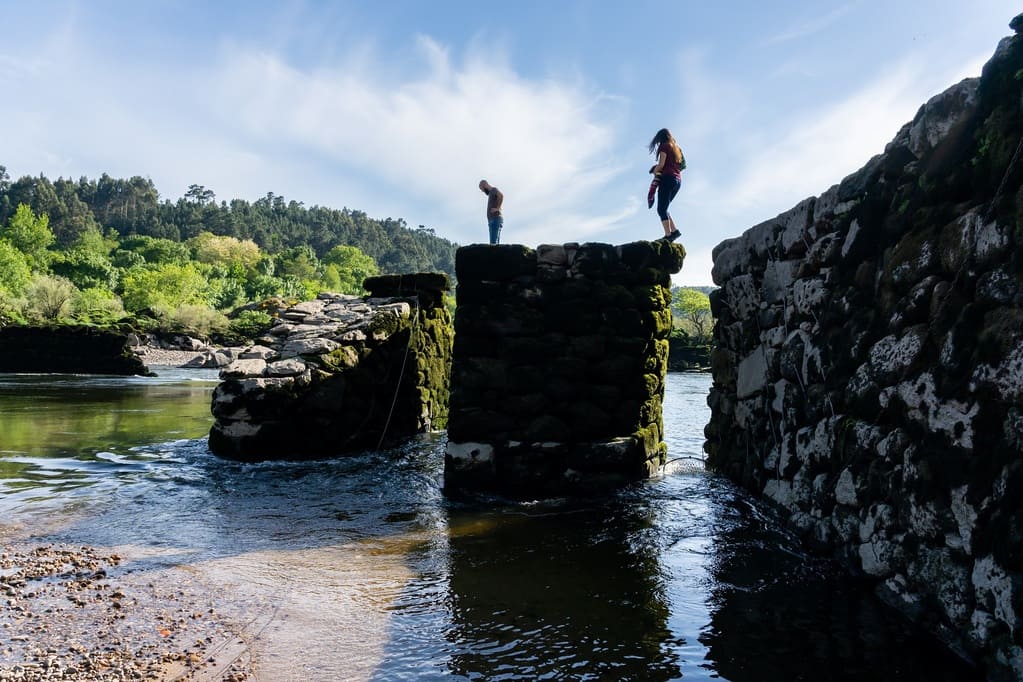 Pesqueira in the Miño River 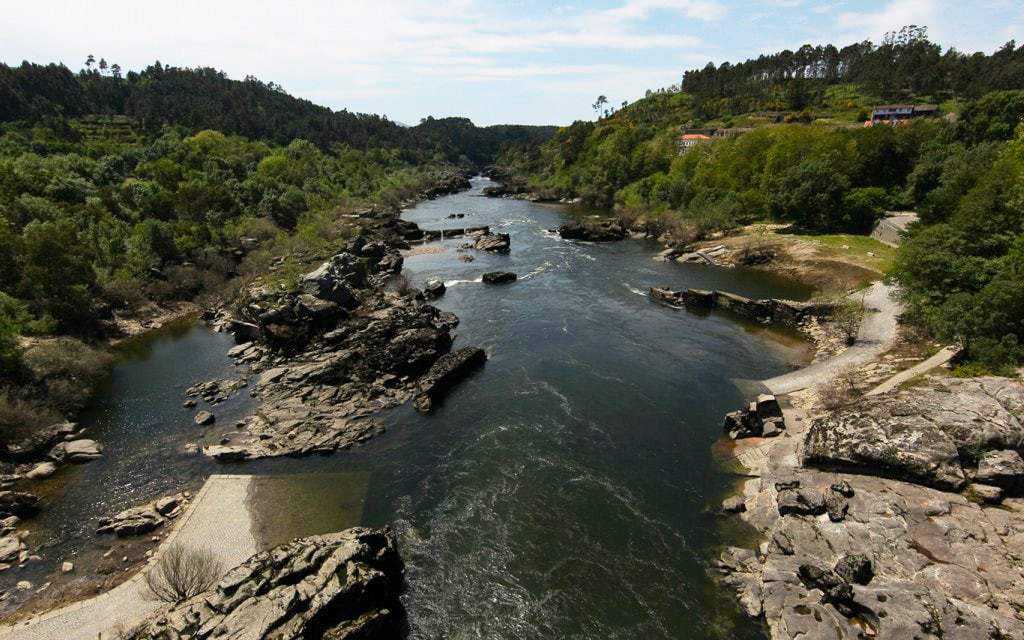 The Miño River passing through the town of Arbo

Salvaterra de Miño is considered the capital of the traditional food of the region, and the Miño River is the natural habitat of river species such as the lamprey, eel, baby eel, salmon or trout. The highly appreciated baby eel follows the course of the largest river in Galicia down to its mouth in A Guarda. This freshwater fish is also found in the Ulla River, and it is traditionally captured with a fish trap so-called nasa, distributed along the course of the river.

A Estrada, in the region of Tabeirós-Terra de Montes, is the Galician town with more fishing preserves. The incredible orography of this town, by the rivers Ulla and Umia, is perfect for capturing fishes such as the salmon or the trout, which also lives in other rivers like Tea or Verdugo.