The tradition of making requeixo (a type of cheese made with curdled milk) in As Neves dates back to the Middle Ages. According to the first written evidence from the 12th century, the locals regaled the pilgrims with this delicious product when they walked by on their way from Portugal to A Franqueira, a route that is nowadays known as Sendeiro dos Frades (Friars' Path). In 2013, thanks to the efforts of the Town Council, the fair honouring this dessert, seasoned with honey from O Condado, was declared a Festival of Tourist Interest in Galicia. Over 12,000 people visit this town on Good Friday to taste it.

The combination of requeixo and honey resulted in this exquisite dessert of supreme quality that brings together thousands of people who come to savour it, most of them from Galicia and from the northern regions of Portugal, at a festival that has been celebrated in As Neves every year since 1991. This delicacy is served, starting in the morning, in the central square of the town, along with other artisanal products. Both the hospitality sector and the food shops join the event, which is rounded out by musical performances. 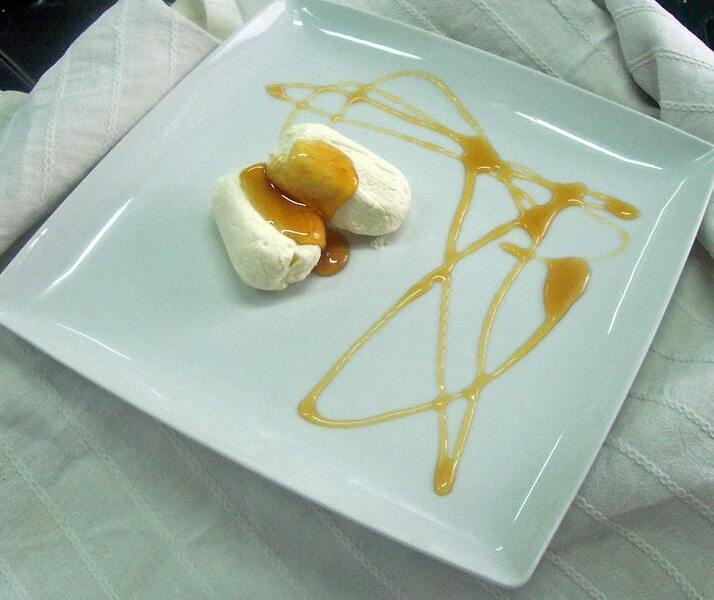 Today, the cooperative society packs sixteen tonnes of requeixo (and ten tonnes of honey) using only cow's milk produced in Galicia and lactic ferments without preservatives or food stabilisers.

The tasting starts at noon and the requeixo is served in commemorative clay cooking pots. Visitors accompany the product with wines from As Neves and you can choose between white (albariños and Condado de Tea) and red wines (Rubiós). The region of O Condado offers excellent conditions, with sunny terraced vineyards sheltered from the wind of the north, for the farming of albariño, loureiro, treixadura, caíño, espadeiro and retinto.

The Festival of Requeixo and Honey began to be celebrated 26 years ago with the collaboration between the Town Council and the Asociación de Mulleres Rurais (Rural Women Association). This alliance would last until 2002, when the Sociedade Cooperativa Agraria Condado-Paradanta (Cooperative Agrarian Society Condado-Paradanta), born in 1996 as a consequence of this fair, took the baton. Honey was included in this commemorative festival, organized now by the Town Council, as the perfect complement for the requeixo.

In the old days, the requeixo was manufactured at home by the locals, in the mountainous parishes of As Neves: Cerdeira, Batalláns and San Xosé de Ribarteme, where there were vast pasture lands that were used for feeding the cattle. Raw cow's and goat's milk was placed in a pot next to the lareira (Galician term for a traditional kitchen stove). When the milk cooled down it was dusted with a natural curdling agent, then it was stirred and finally it was left to stand for one day. Once the milk curdled, it was put into linen bags in order to remove the whey from it and, right after, the bag was emptied and the product was kneaded to achieve a uniform and creamy appearance. After cutting it into pieces it was wrapped in vegetable leaves.

There is evidence that the requeixo was manufactured as early as the 12th century, and over time the product began to be commercialised: first it was bartered and, later on, it was traded for money.

Honey is in plentiful supply in the regions of O Condado and A Paradanta, where there is a wide variety of honey plants such as heather, eucalyptus, bramble and chestnut tree. Bees extract the nectar from these plants, which they will use to make honey. In the past, hives were built using local cork oaks. Modernisation made it possible to increase production and to initiate the commercialisation of this excellent product.

The blend between requeixo and honey resulted in this legendary dessert. Good Friday is the perfect date to taste it in As Neves.