In 40 years Vilagarcía de Arousa has seen how a spontaneous cry for water from the vecinity during a celebration has turned into a tradition that has been declared a Festivity of National Tourist Interest. As such, due to its pecularities, on that day it makes headlines. 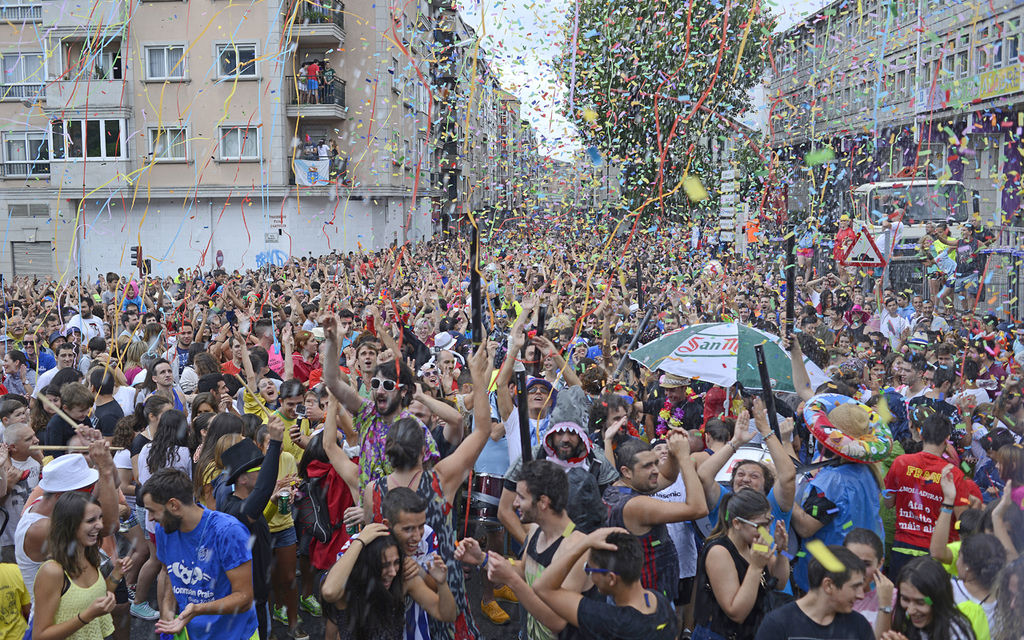 Each midday on 16 August, the chapel of San Roque receives its saint, carried in procession from the parish church of Santa Olaia. Once the image enters the building, always with its back towards the altar and its face towards the congregation, the festivities begin.

In the beginning the City Council and the church did not agree on this event, but ended up accepting and incorporating it into the San Roque festivities. It finally became the main celebration with the highest number of attendees. After the opening speech, the streets turn into a collective shower thanks to firefighters, civil protection officers and residents who, armed with hoses and buckets, participate from their windows and balconies. 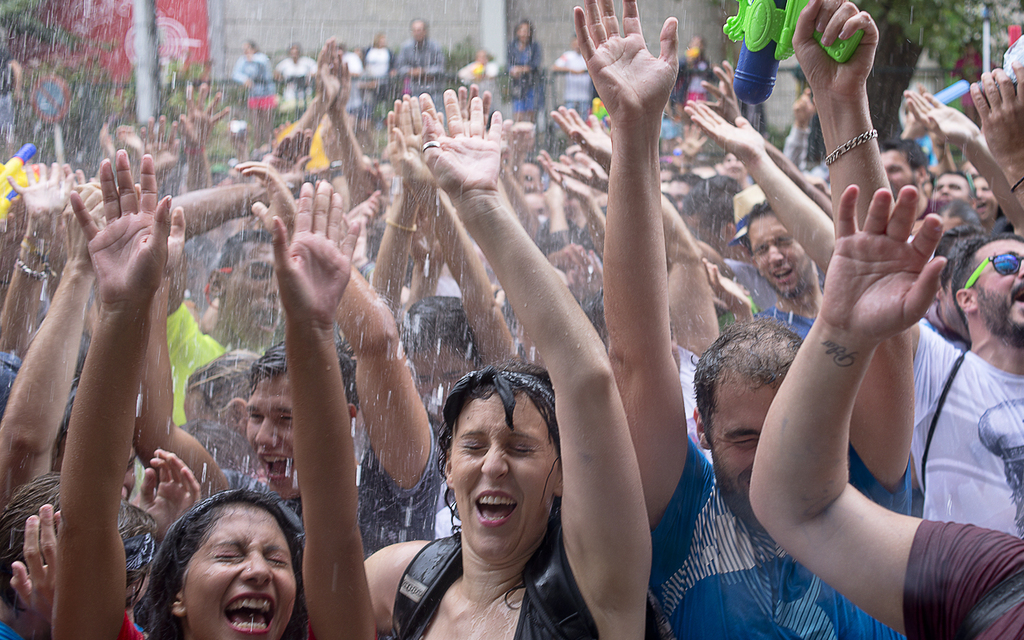 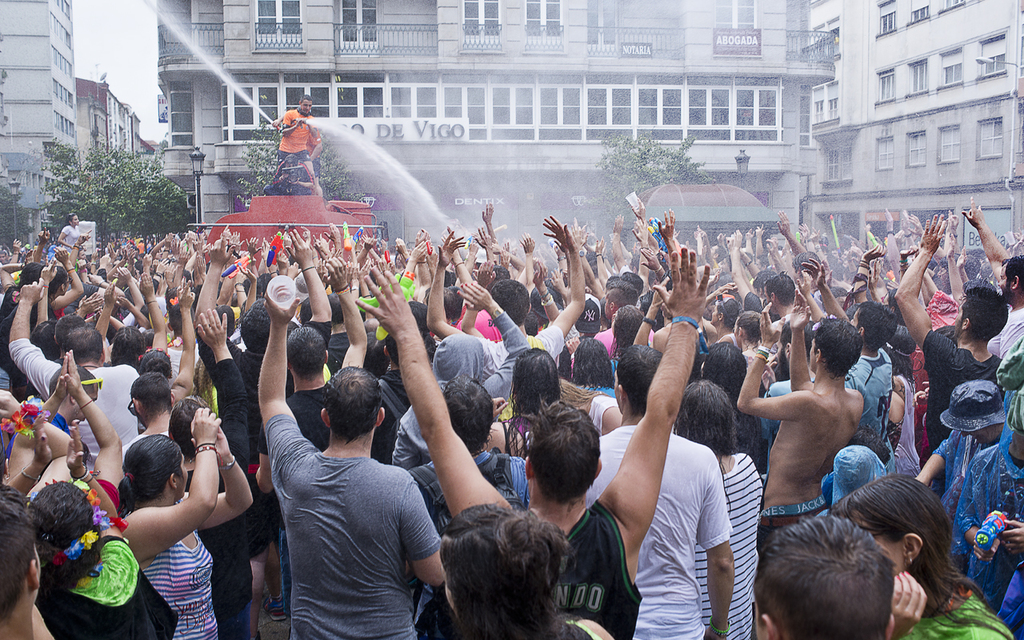 Another procession is "San Roque Pequeno" (Little San Roque) with more than 100 years of tradition behind it. Organized by the residents, it takes place on the eve of the Water Festival, in the neighbourhood of San Roque, the original site of the festivity which now is celebrated in the alameda (boulevard) and harbour. During the afternoon procession, at 8.00 p.m., the saint is moved to the parish church by carriers dressed in white with a red sash accompanied by the priest and authorities.

Like any true "fiesta" in Galicia, it also includes a gastronomical aspect, featuring in this case the Carril clam. Celebrated since 1992 more than 2.000 kilograms of "almejas a la marinera" (fisherman style clams) are savoured during the festivities.

The naval battle and the procession of floats mark the end of the festivities. The first is one of the most important pyrotechnic displays of the province of Pontevedra and the latter consists of a procession of brassbands, entertainment groups and passacaglia with traditional music. Rides, open-air dances, concerts, sports activities and gastronomical events complete these important days for Vilagarcía de Arousa in a perfect symbiosos between religion and leisure. 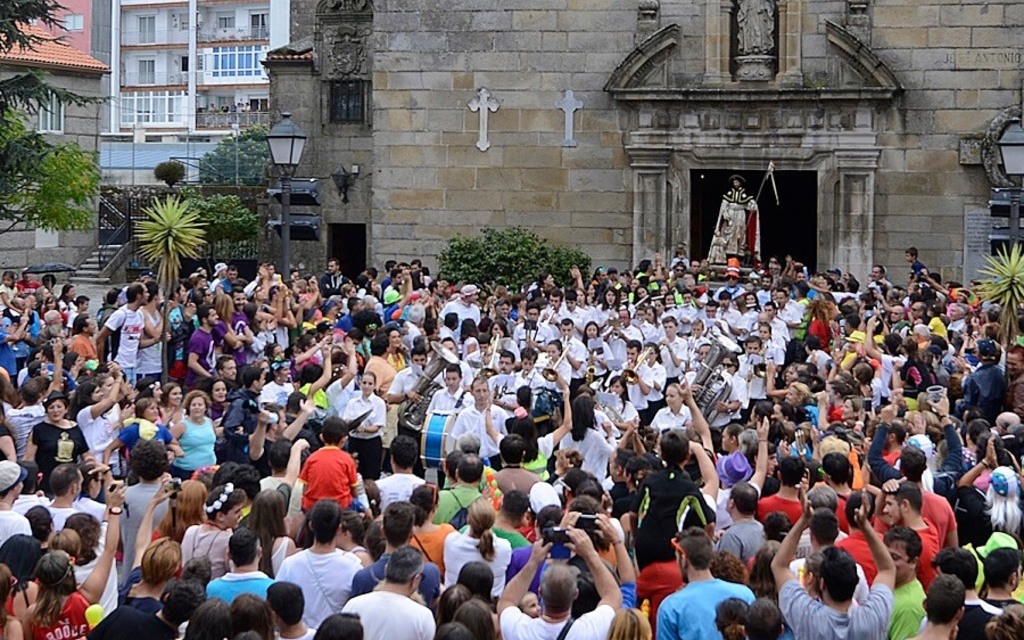 For those who want to get soaked during the Festa da Auga, it is advisable to wear light clothes, such as sandals and a swimsuit and, if possible, a change of clothes. In addition, you should leave all non-waterproff wearable electronic devices in a safe place.