The black colour is its distinguishing feature. Hence its name in Galician: millo corvo (lierally "crow corn"). A name that is also linked to two more names: Bueu, the town where the event takes place; and the Asociación Cultural Meiro (Cultural Association Meiro), responsible for showcasing this delicacy at a celebration that has been distinguished as a Festival of Tourist Interest. This kind of corn is tasted and other artisanal and organic products are presented. 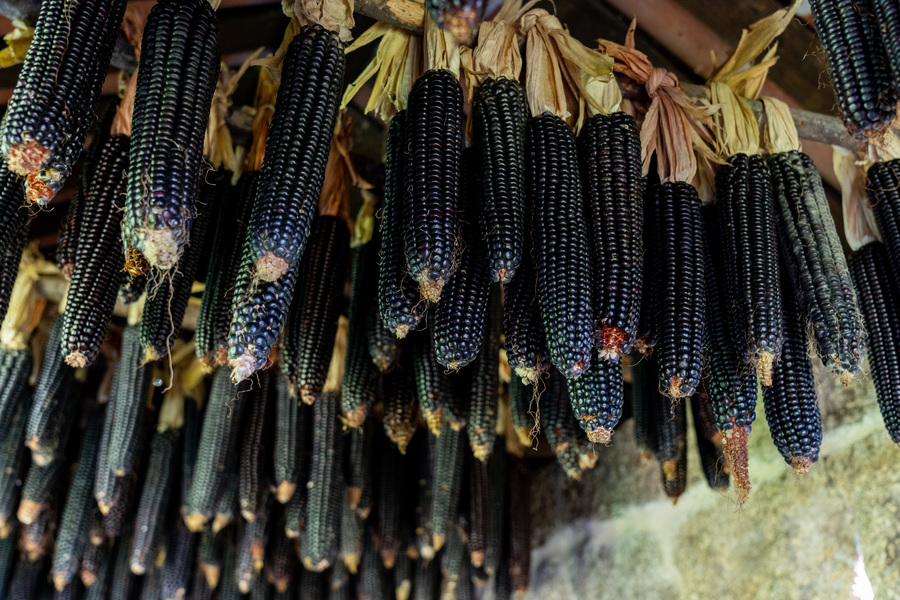 These unusual corncobs come from the ones originally grown in these lands of O Morrazo. The first proof of the existence of these corn crops dates back to the 17th century. Over time, the millo corvo went from being harvested in forest areas and in those areas where a specific variety was needed to protect the rest of them, to almost disappearing, being replaced by other species.

The recovery of the species

Thus, a process of recovery for this species had to be set in motion in O Morrazo. It happened in 1998. When it was almost extinct, the most suitable grains and harvesting techniques were sought to get the darker tones of this corncob to sprout in the plantations. For this to happen, the small villages of O Morrazo were visited and the residents were asked about it, especially the elders. Today, this celebration, which was declared Festival of Tourist Interest in Galicia in 2009, promotes all kinds of historical, ethnographic and gastronomical activities for the visitors with the advent of spring.

It is possible to visit the mills in order to witness the grinding process of corn, to enjoy musical performances by local bands, to taste the queimada (a traditional Galician alcoholic beverage) as you listen to its esconxuro (an incantation that is part of the ritual of the queimada) or to sample different preparations where this product is used as a base. The most significant dish is bread cooked using the flour of this particular corn variety, which is also dark-coloured. Empanadas (pies usually made with a savouring filling) or cakes are other delicacies that are served at the tables of Meiro. And, again, the millo corvo shows that it goes well together with biscuits, walnuts, almonds or fruit. 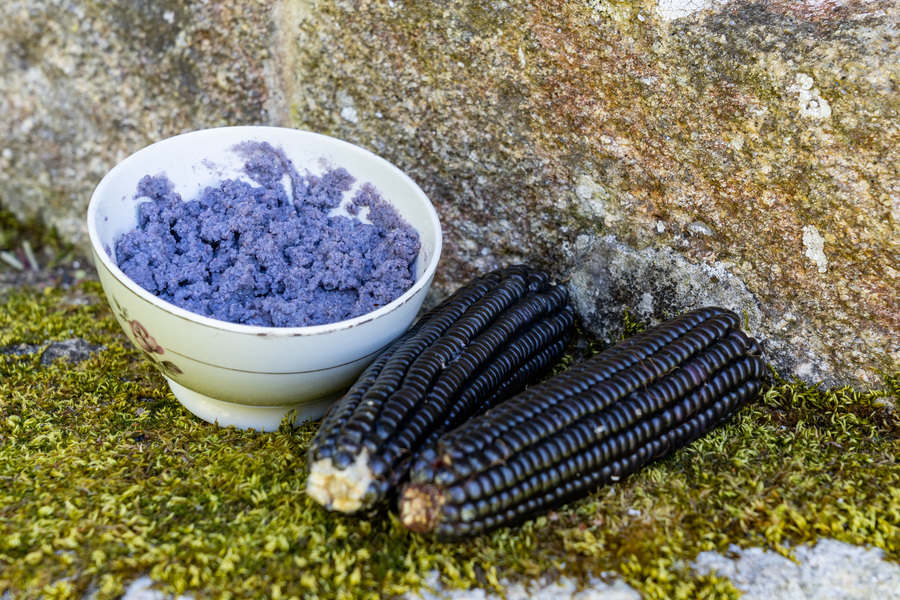 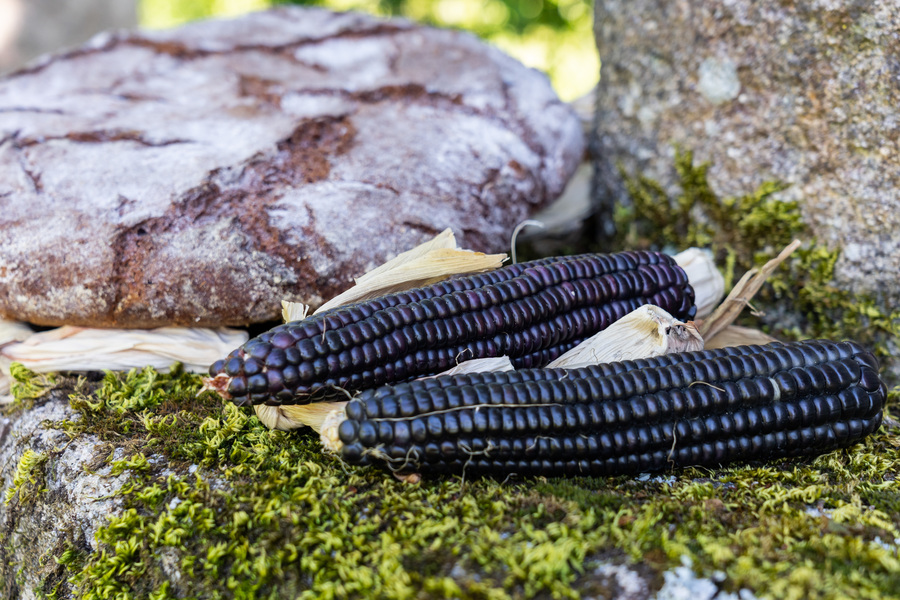 The mills of O Canudo and A Presa are another hub of activity, where the corn is ground every year. The mill of A Presa, which dates back to 1800 and was restored in 1996, was precisely the one that gave this event a boost. In this one-storey mill, the water of the river is directly collected by means of a stone canal that enables the grinding of corn.

Today, the production process of millo corvo follows the instructions that have been passed down for centuries: the people in Bueu strive to make the procedure as natural and artisanal as possible, as it was for the previous generations. In this way, the sowing, the harvest and the preservation of the grains are characterised by the ways and the techniques that have always been used. These practices give a unique flavour to the dishes that hundreds of visitors taste in the small village of Meiro every year. 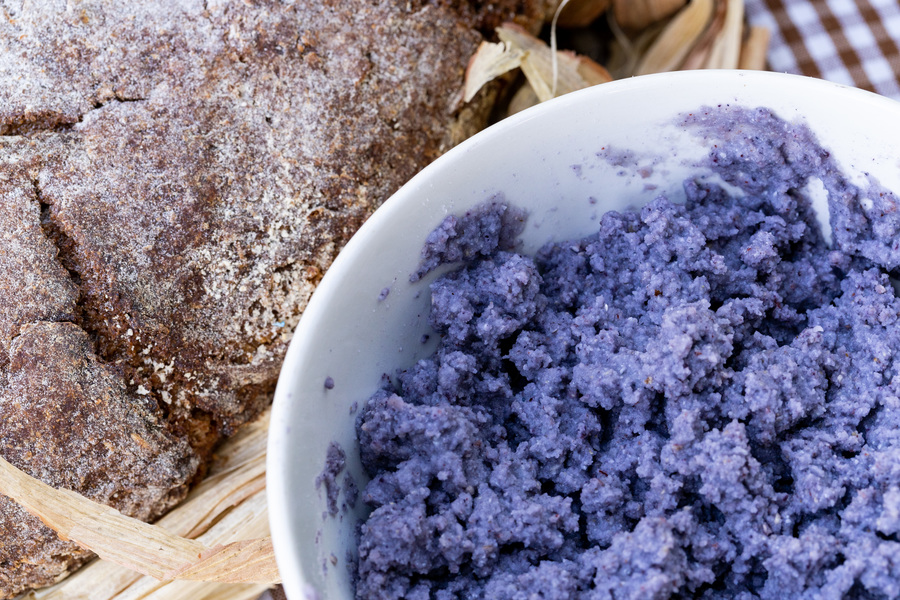 Bueu celebrates this festivity from the planting and growing to the preparation of a variety of dishes using millo corvo, a species that was used, in the past, as a natural barrier between the forest and the white corn, preventing the presence of predators. Today it is the star of this festival. Thanks to its recovery, Meiro travels back in time with every typical activity related to the harvest that takes place at this event, promoting respect for and stressing the importance of the environment. Apart from the millo corvo, other traditional varieties such as white or red corn are displayed at this celebration.

Slow Food, an environmentally-friendly organisation that supports the principles of the traditional diet, included the millo corvo in its prestigious catalogue Ark of Taste. It was one of the few Spanish products that were added to this list at that time thanks to the work of those who promoted its recovery.