Seafood and lamprey are two essential dishes in the cuisine from Rías Baixas. The towns of O Grove and Arbo pay tribute to them at two National Festivals of Tourist Interest. In Vilagarcía de Arousa, thousands of people take part in a collective shower in the Festa da Auga, which also bears this distinction, and Vigo returns to 1809 to revive the Reconquista in front of the Army of Napoleon. Are you ready to have fun?

Vigo goes back to March 1809 during the first weekend of A Reconquista but the armed siege of those days is a mass festival today. The old town of Vigo became a huge outdoor market visited by hundreds of people in period costumes. The atmosphere is imbued with the spirit of that feat while thousands of people have a good time at street stalls, bars, restaurants, taperías (tapas bars) and at tables outside bars and cafes. The escenification of the expulsion of the french army is the main act.  [+ info] 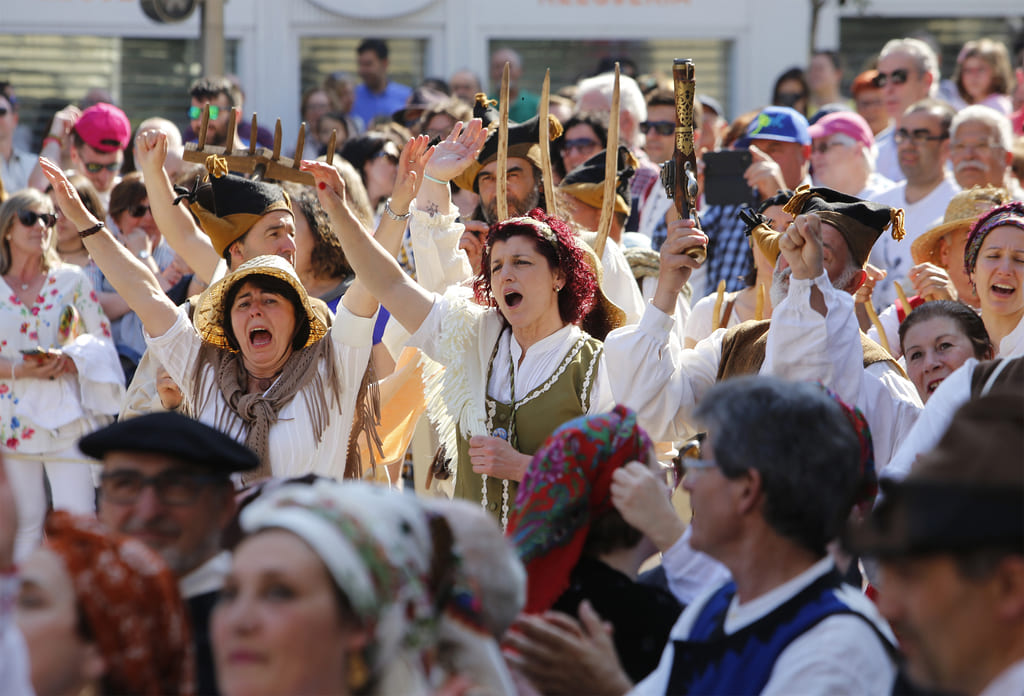 Festa do Marisco, in O Grove

The sea and the restaurants and bars are two of the key sectors in the town of O Grove that have been linked to this event, created in 1963. Here, the best products captured in the Ría de Arousa are showcased. Thousands of visitors gather under the marquee set up near the port and fill the local restaurants to taste the best seafood in the world. [+ info]

In the heat of the summer, pilgrims devoted to Saint Roch used to go to the town of Vilagarcía de Arousa to freshen up after the procession, and this tradition has turned today into a great event. This pagan festival, which is linked to religious celebrations, gathers every summer thousands of visitors. The opening speech is followed by a collective “shower” in the streets, with the collaboration of the local firefighters, civil peace forces and locals, leaning on their windows or balconies armed with buckets of water and hosepipes. [+ info]