In the province of Pontevedra, you will find areas of rich ecological value that are part of the Natura 2000 Network, a European project aimed at ensuring the survival of species and habitats. This project is fully in line with the tourism model supported by the Provincial Council of Pontevedra, which is aimed at respecting the land and protecting the ecosystem biodiversity.

The coastal stretch of Costa da Vela was given the highest protection recognition, a Special Area of Conservation (SAC) – according to the Community classification –, recognised by the Regional Government as a Special Protection Area of Natural Values. This is a way to highlight and protect this impressive coastal stretch located in the most western part of O Morrazo Peninsula.

The spectacular sunset from the cape Cabo Home, facing the Cíes Islands, or the magnificent view from the hill of O Facho over the cliffs of Donón are worth visiting. This natural area is located at the end of the coastal inlets of Vigo and Pontevedra, where about 18 endangered species live, most of them mammals and birds.

Pontevedra also has three Special Protection Areas for Birds (SPA): the National Park of the Atlantic Islands (with an impressive colony of yellow-legged gulls), the estuary of the Miño River (a natural border between Galicia and Portugal) and the Umia-O Grove Intertidal Complex. The latter, is an extremely beautiful area and has a huge biological richness. It goes all over the estuary of the Umia River, from O Grove Peninsula to the town of Cambados. 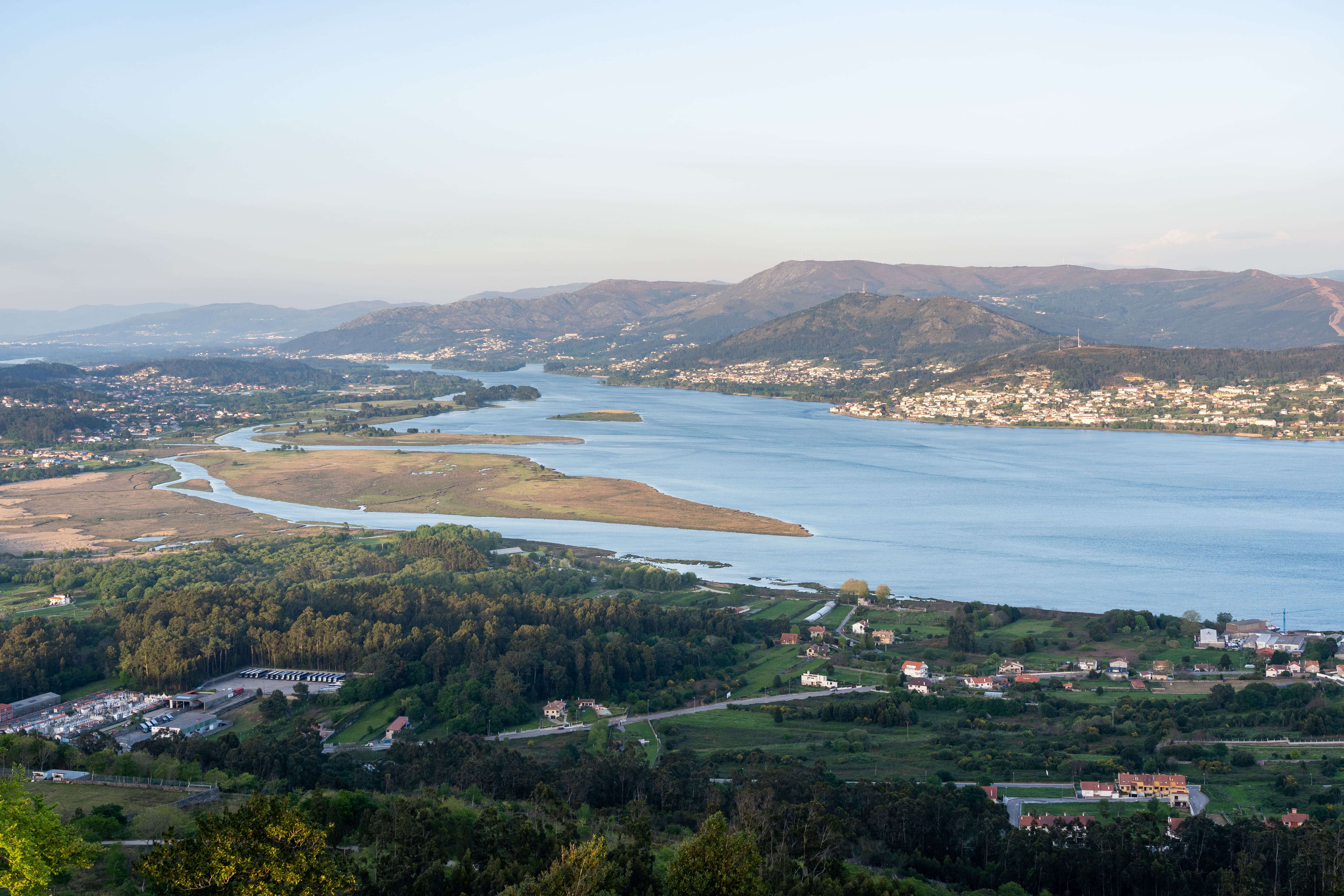 The estuary of the Miño River 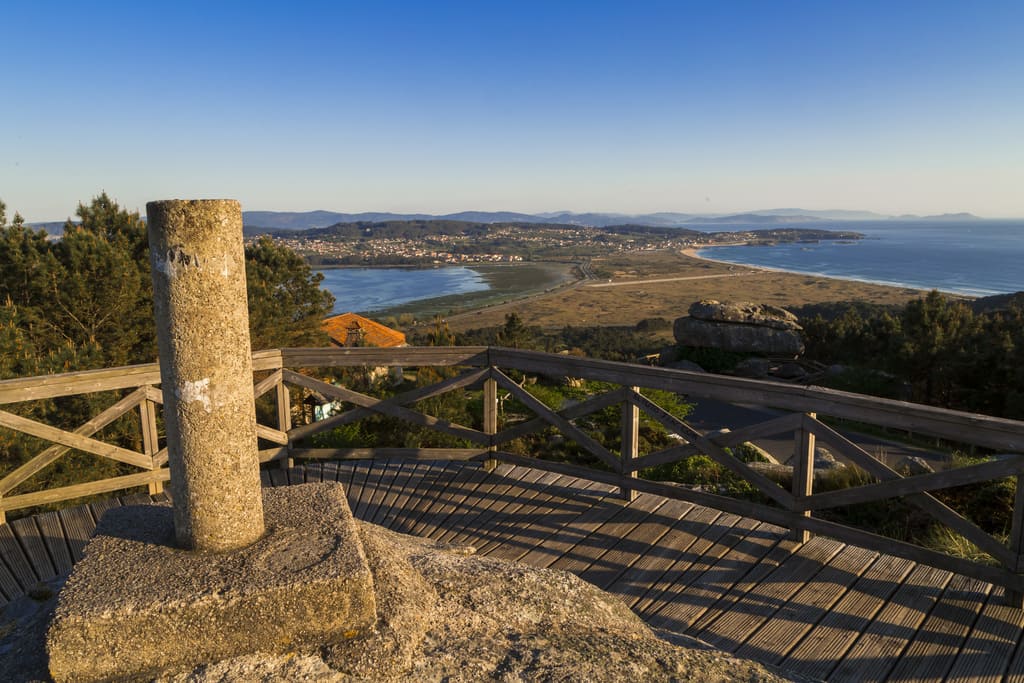 Moreover, As Rías Baixas has other outstanding areas included in the Natura Network, which is constantly looking for new opportunities to develop traditional production activities, leisure activities and tourism, always ensuring the conservation of local resources. Let's take a look at the list:

A Ramallosa. This protected area includes the estuary of the Miñor River, almost completely closed by A Ladeira Beach. It comprises 92 hectares of marshes and dunes in which 17 specific species included in a European directive live. The observatory of Sabarís has large windows and telescopic equipment to sight the rich fauna that live in the marsh.

Cabo Udra. This cape is a unique natural area located in O Morrazo Peninsula that has a rich flora and fauna. It gives shelter to 26 threatened species, 21 birds and 3 mammals among them. 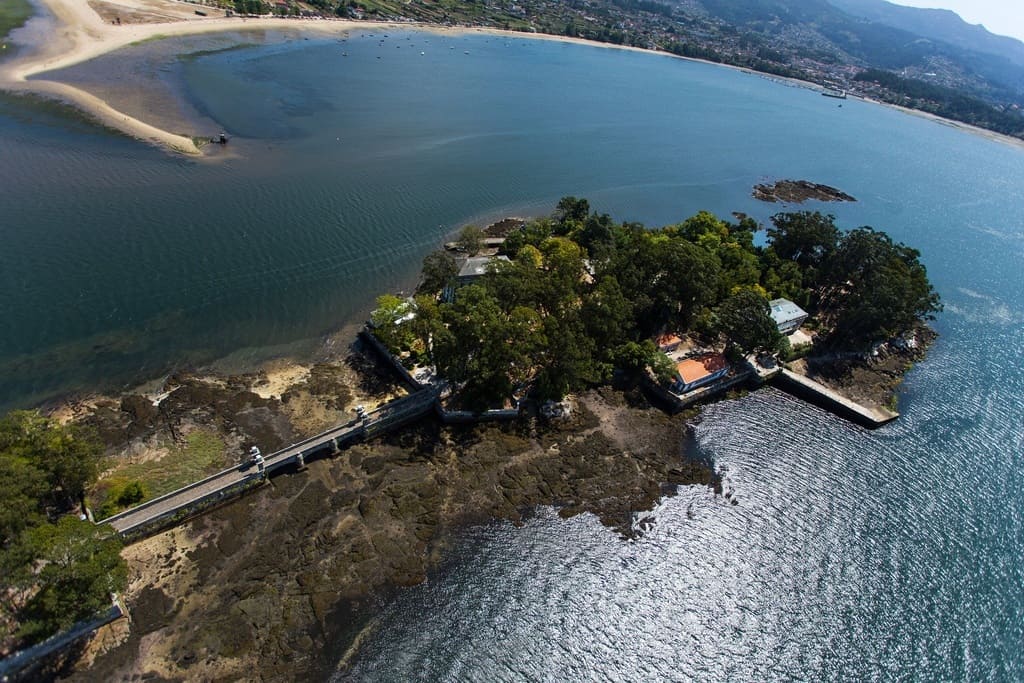 A Ensenada de San Simón. This inlet is located in the towns of Vilaboa, Redondela and Soutomaior. It has around 2,200 hectares, of which 95% is a marine area that provides a home to 26 threatened species, including 21 bird and 3 mammal species. Not to forget its large muddy and sandy intertidal habitat. It is estimated that it hosts 3,500 Anatidae specimens and even waders during migration season.

Illas Estelas. These islands are a protected area that covers 700 hectares, of which 99% is a marine area, and is home to six different bird species. The importance of this place lies in its small archipelago, which is close to the coast and maintains a good seabed quality.

Journey to the inland part of the province

Brañas de Xestoso. This exceptional meadow in the regions of Deza and Tabeirós comprises several lagoons and wetlands located in the towns of A Estrada, Forcarei and Silleda. It covers an area of one thousand hectares, consisting mainly of scrubs and peat bogs, where 16 threatened species live.

Gándaras de Budiño. This land covers around one thousand hectares in the village of O Porriño, consisting of riverbank forests that grow in the Louro River’s basin. It is abundant in vegetation and in species: it hosts 39 threatened species, including 27 bird and 5 mammal species.

Monte Aloia. This hill was declared a Natural Park, the only one in Pontevedra and the sixth in the region of Galicia. This 700-hectare area is home to 21 threatened species, where the majority of them (10) are birds. 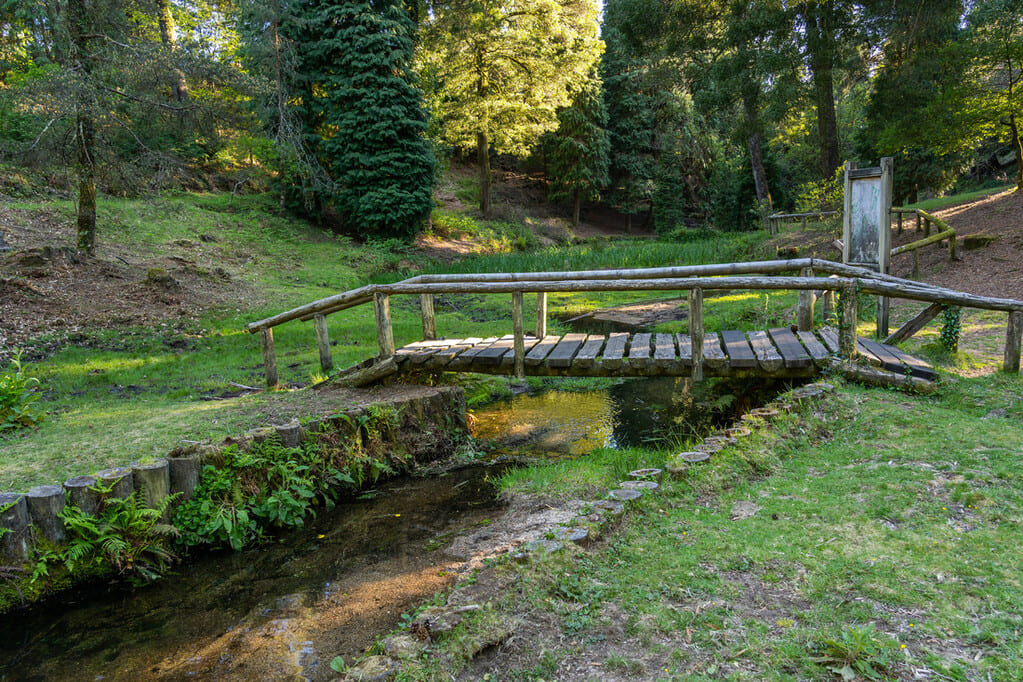 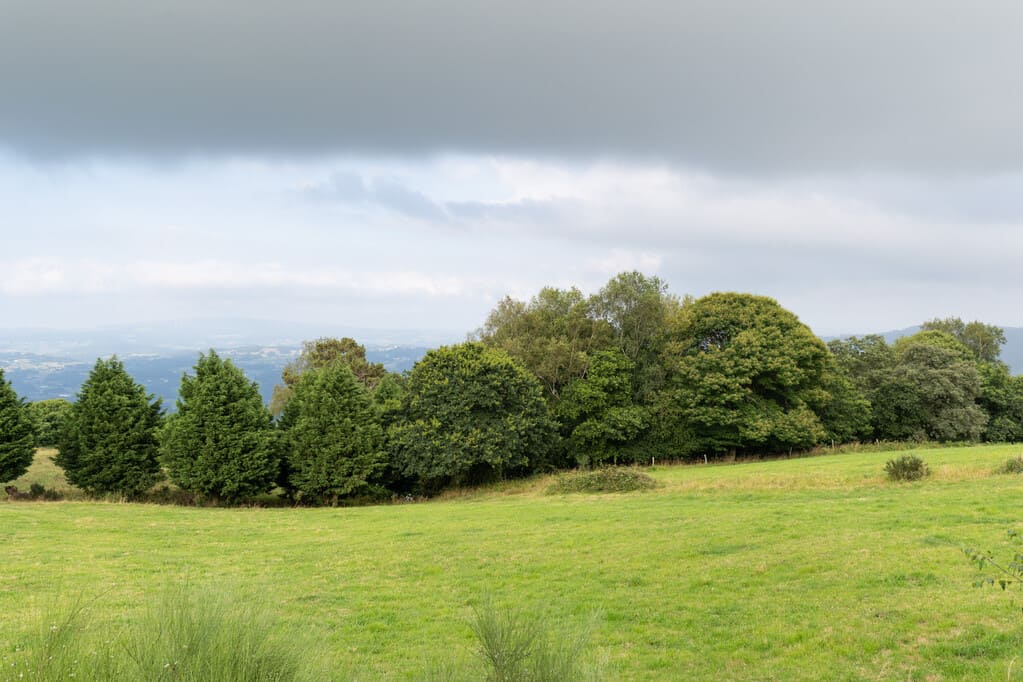 Serra do Candán. This is a mountain range of 10,000 hectares, where 36 abundant species coexist. Among them, there are 18 bird and six mammal species, including a wolf breeding ground.

Serra do Cando. The area covered by these mountains exceeds 5,000 hectares, which are full of Atlantic and riverbank woods, and scrubs. It hosts up to 26 threatened species: 12 bird species, 5 mammals species and 5 invertebrate species.

Sobreiral do Arnego. This cork oak woods have Atlantic forests with Mediterranean influence and covers a surface of 1,000 hectares. It runs alongside several villages of the northern inland of Pontevedra and gives shelter to 30 susceptible species. Among them, there are 13 especially susceptible bird species, 7 invertebrate species and 5 mammal species.

Serra do Careón. This medium-height mountain range occupies part of the region of Agolada.

The other areas are limited to the beds of several rivers, namely the Lérez River, the Tea River and the Ulla-Deza River System. The first one covers a modest surface of 150 hectares where 30 threatened species live, among which there are 18 bird species. This river is extremely important due to its fishing potential and its vegetation.

As for the Tea River, it is a 356-hectare area with 35 species protected by the Natura 2000 Network. This river is not only remarkable for its riverside plant species, but also for its course, vital for the Atlantic salmon.

The Ulla-Deza River System covers an area of over 1,600 hectares, where 49 species live. These species include 24 threatened bird, 9 invertebrate, 6 mammal and 6 fish species. 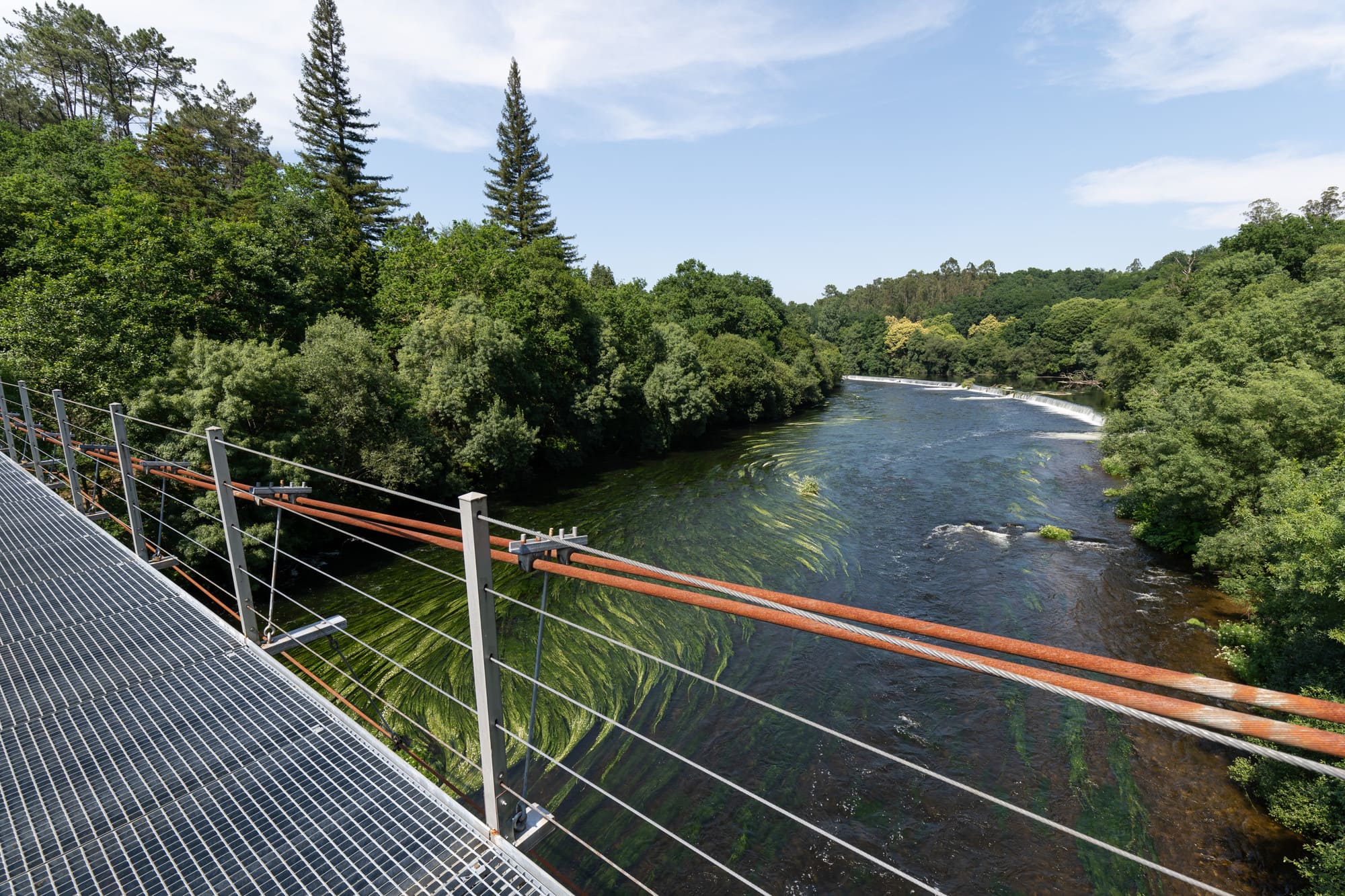 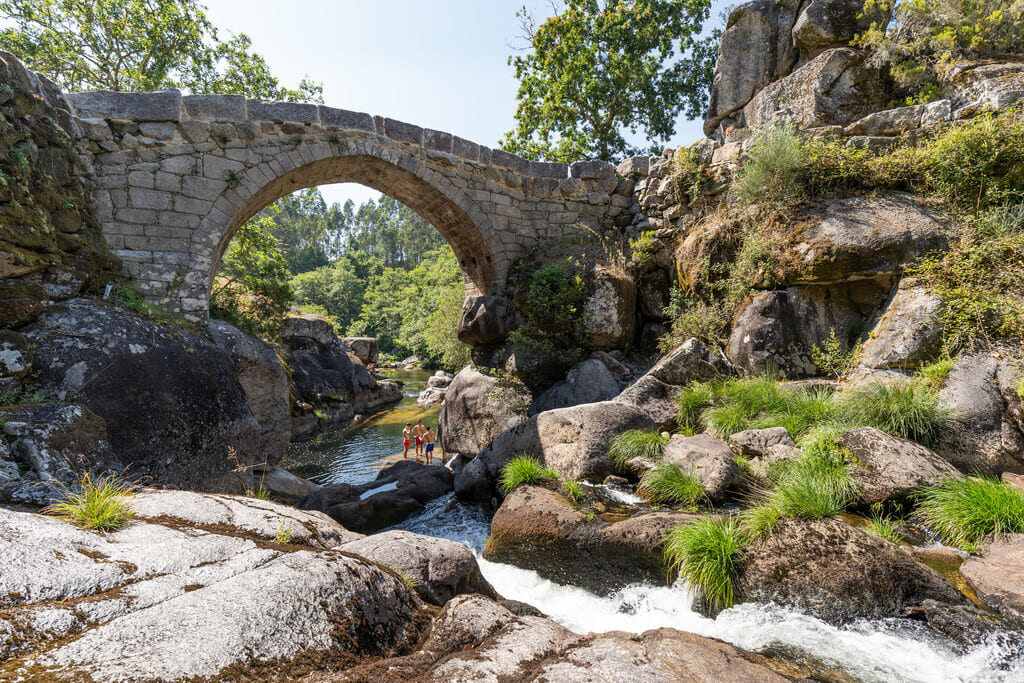