This village is the best example of traditional Galician architecture: hórreos (Galician raised granary houses), cruceiros (roadside crosses) and seaside towns make this small old quarter one of the most charming corners in As Rías Baixas. As regards the name of the village, it may derive from the root “comb” which means, “curve on the coast”. 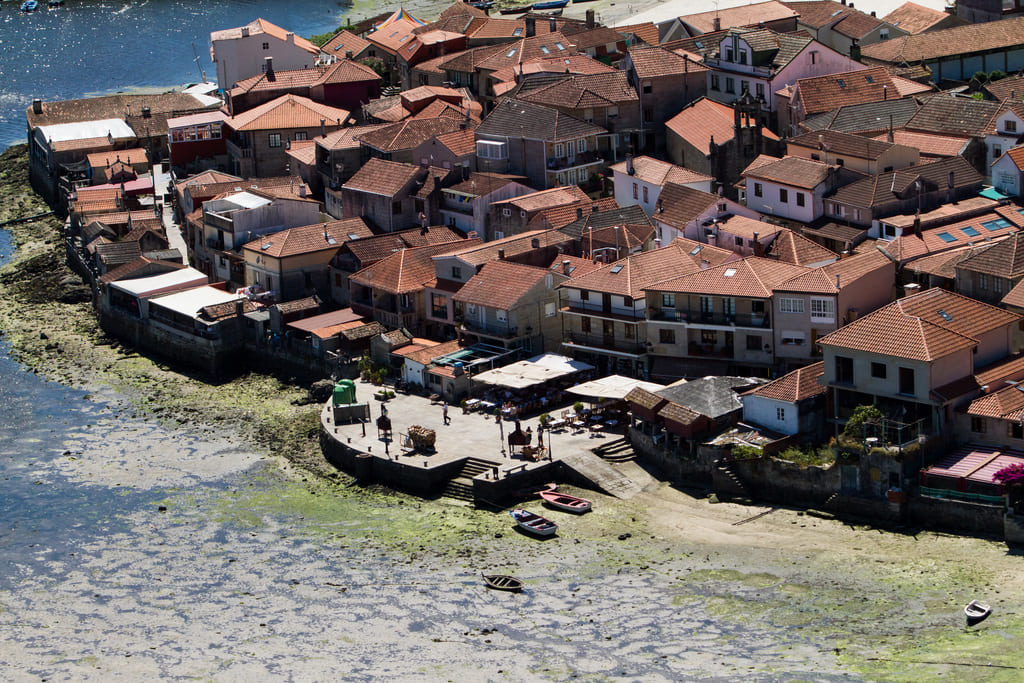 for years, its hórreos facing the sea, and the cruceiros, which occupy the central part of its squares have fascinated the thousands of visitors to this town

Combarro is an open-air museum. It was declared Historic and Artistic Site in 1972. Its cobbled streets, hórreos facing the sea and its cruceiros, which occupy the central part of its squares, have fascinated for years the thousands of visitors to this town.

This village is one of the best examples of traditional rural architecture that has been preserved up to the present day. The picturesque seaside houses are narrow and are provided with stone or wooden balconies, some of them with adorned arcades, where the locals carry out some of their daily activities.

The most characteristic elements of its popular architecture are its more than sixty hórreos, thirty of which are at the seafront. This group of palleiras (a popular name for hórreo in the Galician language), built in stone or wood, is unique in Galicia. Besides being used as granaries, they also served for storing food. Most of them date from the 18th and 19th centuries.